Issued first in 1982, Chinese Gold Panda Coins have become the gold standard of the precious metal coins produced by the People's Republic of China. Produced in various sizes to satisfy demands from investors and collectors, the series continues to this day where the depiction on the coin changes with each New Year. The Gold Panda is the third gold bullion coin to capture a share of the world's gold market, following in the footsteps of the South Africa Gold Krugerrand (first minted in 1967) and the Canada Gold Maple Leaf (first minted in 1979). The coin features China's iconic Giant Panda on the obverse, and the Temple of Heaven in Beijing's Forbidden City of the reverse. There is also a Silver Panda series issued featuring the same designs as the Gold Panda coins, which was issued first in 1983.

As national treasure, panda is popular among all the world for its furry, chubby image and funny expression. Based on the charmingly naive appearance, PCGS designed two different patterns of special labels for you to choose. 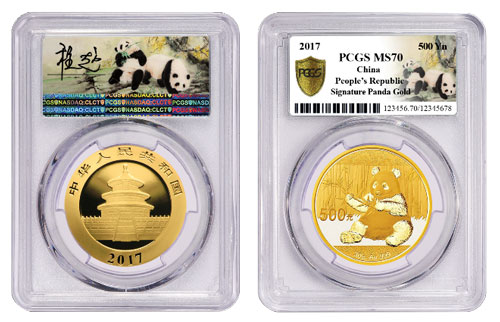 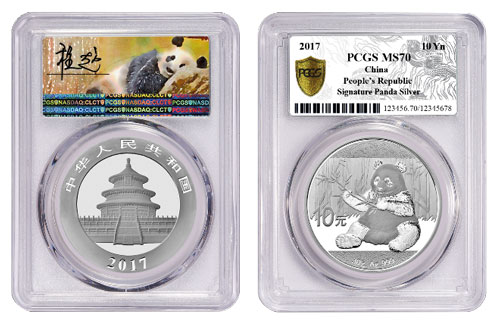 In the first label, two pandas are lying together, enjoying their favorite bamboo. PCGS names them “Hehe” and “Meimei”. The idiom “Hehemeimei” means “Harmonious and Wonderful” in Chinese. In the second label, another panda is dozing in the sunlight, named by PCGS as “Nuannuan”, meaning “Sunny” in Chinese. PCGS would like to express the most sincere blessing to all the collectors through these three pandas. We hope that every one may live a harmonious and sunny life, just like bathing in the sun. Mr. Cheng said that he named 2017 panda coin as “Fortune”, the first reason is that he won the bidding with his designs for 5 years luckily. In addition, it is also the designer’s ardent wish to 2017 panda coin collectors, may the fortune always be with them. The autographed special label is surely a meaningful gift to friends, family and for your own collections. 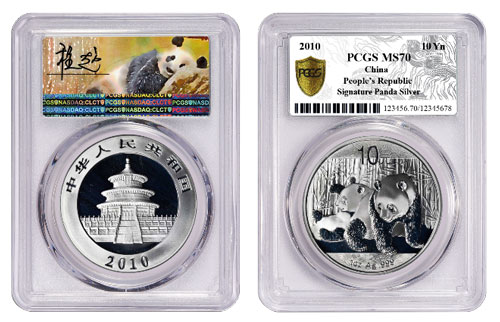 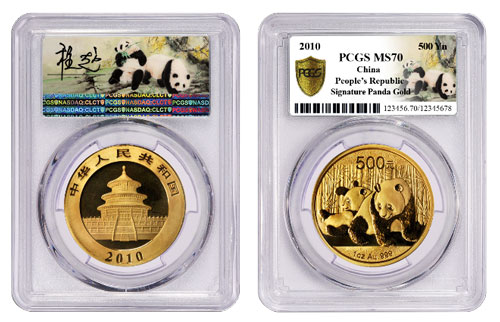 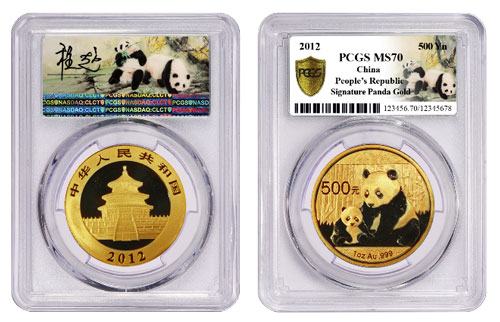 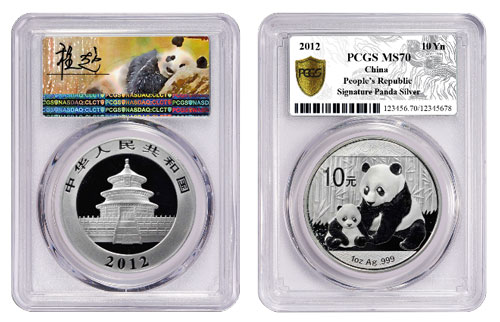 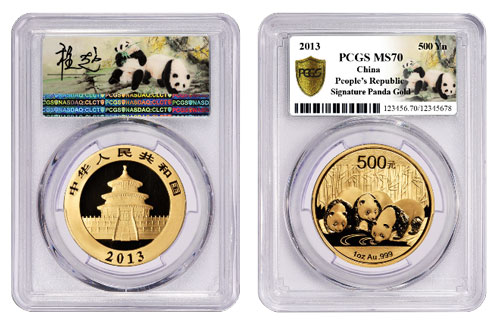 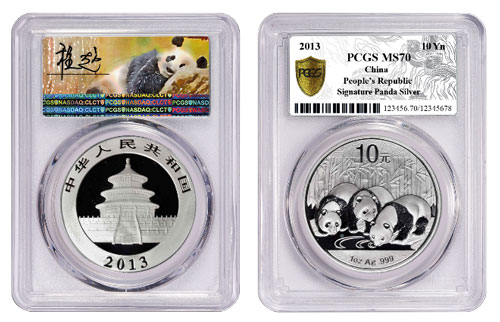 As a limited edition, the “Mr. Cheng Chao autographed special label” will be introduced by PCGS exclusively. Special labels are available for 2010, 2012, 2013 and 2017 panda gold and silver commemorative coins, which are all designed by Mr. Cheng. Coins must fit into a standard size PCGS holder, which means the diameter of the coins has to be no more than 40mm. You can submit your eligible coins to PCGS from now on. Individual application of special label charges 6 USD/piece based on the rating fee (no discount available). A limited number, while supplies last. Please contact PCGS Asia at [email protected] for bulk submissions.

For additional information about PCGS and its services, visit www.PCGSasia.com or email [email protected]